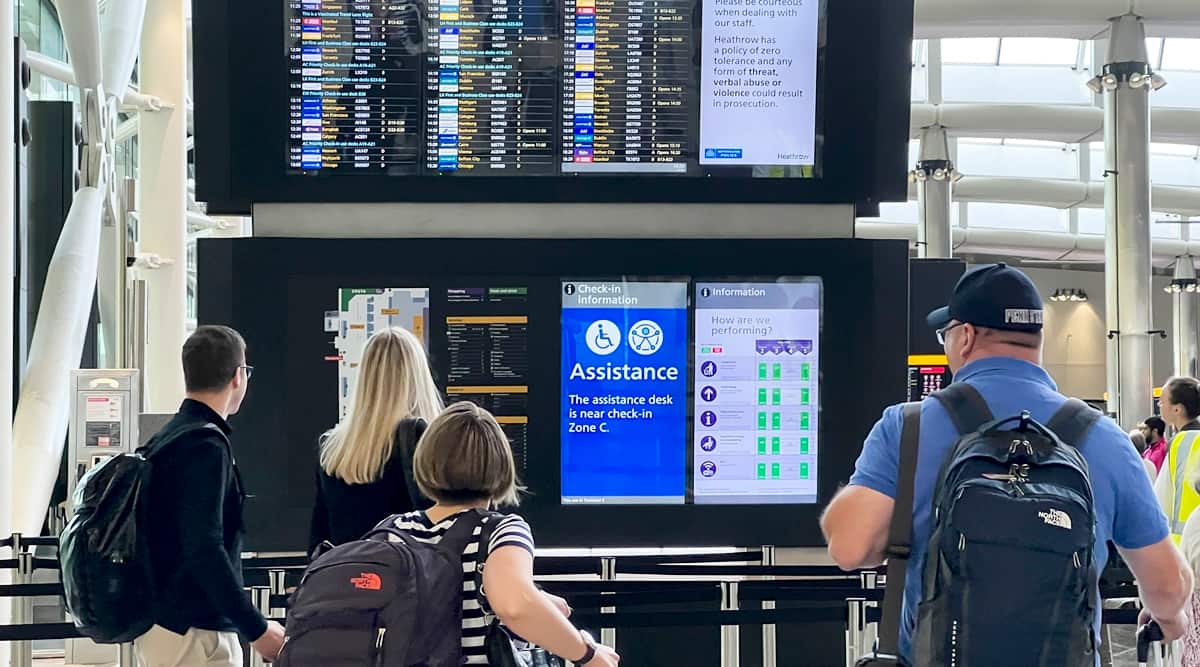 Strikes and staff shortages are forcing airlines to cancel thousands of flights and causing hour-long queues at major airports, dashing hopes of a scorching first summer after the Covid lockdowns.

Norwegian Air in June agreed to a 3.7% pay rise for pilots, among other benefits, as a sign of what other airlines might have to offer to avoid labor disputes.

A three-day strike by refuellers at Britain’s busiest airport, due to start on Thursday, has been called off after workers received a revised offer, union Unite said.

French unions said on July 19 that they had reached wage agreements for ground staff after three months of negotiations. The deal will result in a pay increase of more than 6% for some lower pay brackets, while higher-level jobs will see an increase of around 1% to 5%.

SAS and pilots’ unions have reached a pay deal, the Scandinavian airline announced on Tuesday, ending a 15-day strike that has blocked 3,700 flights and cast doubt on the carrier’s future.

The airline, which filed for bankruptcy protection in the United States on the second day of the strike, said the industrial action cost it more than $145 million and affected 380,000 passengers.

SAS said the deal entailed increased productivity, increased seasonal capacity flexibility and a commitment to rehire 450 pilots made redundant during the pandemic.

The pilots agreed to a reduction of around 25% in wages and conditions as well as up to 60 hours of work per week, the president of the Danish pilots’ union told Danish media.

The Dutch branch of Air France KLM and the unions said on July 14 that they had reached a collective labor agreement after weeks of unrest. The agreement includes a two-step salary increase totaling 4% for ground staff with a minimum monthly increase of 80 euros ($80.5) before tax in each phase.

A German union representing Lufthansa ground staff is calling for at least 350 euros per month more over 12 months to cushion the effects of soaring inflation.

Staff called on the German flag carrier to end its “cost-cutting spree” in a letter to the supervisory board seen by Reuters on July 6, saying it had contributed to the recent chaos by laying off too many workers.

Lufthansa declined to comment on the letter, although its chief executive issued an apology to employees and customers in late June, saying the airline “had gone too far in cutting costs here and there”.

Ryanair said on Thursday it had reached a five-year agreement with unions representing pilots in France and Spain. The agreements include a return to pre-Covid salaries and “allow for salary improvements and other benefits beyond the full return of salaries to Ryanair pilots based in France and Spain”, the airline said in a statement. .

Spain-based easyJet cabin crew plan to go on strike for nine days in July, demanding a 40% increase in their base pay, which is well below countries like France and Germany , said the local union USO.

Airlines cut thousands of flights from their summer schedules to deal with the disruption, including Lufthansa, British Airways, easyJet, KLM and Wizz Air, while major airports also took action to limit traffic.

On July 18, flights to and from Britain’s London Luton Airport were temporarily halted after soaring temperatures caused a fault on its runway, prompting airlines to delay or divert planes.

On July 12, Heathrow asked airlines to stop selling tickets for summer departures, after capping the number of passengers from the hub at 100,000 a day to limit queues, delays in baggage and cancellations.

The British government launched an ‘Aviation Passenger Charter’ on July 17 to help passengers know what to do if they face cancellations, delays or missing baggage with advice on how to complain if they believe they have been treated unfairly.

Airports and airlines are scrambling to hire more workers, from pilots to security and border control staff and baggage handlers after many left during the Covid-19 crisis.

Industry executives say it’s difficult to recruit for often physically demanding and relatively low-paying jobs at airports that are often out of town. Training new hires and getting them security cleared to work at airports also takes months.

➡️ Schiphol has agreed to pay an additional 5.25 euros ($5.50) per hour to 15,000 cleaners, porters and security guards over the summer.
One of Europe’s busiest airports needs to hire 500 security guards. Today, there are 58,000 workers at and around the airport, 10,000 fewer than before the pandemic.

More than 20,000 people were made redundant at Charles de Gaulle during the pandemic, according to the CGT union.

Airport security company ICTS, which operates at Charles de Gaulle, is offering a one-time bonus of 180 euros to those who delay their holidays after September 15 and 150 euros for staff who take on new recruits, according to a CGT union representative.

➡️ Frankfurt Airport, Germany’s busiest hub, has rehired nearly 1,000 ground service workers after cutting around 4,000 during the pandemic, but will continue to see disruption due to a lack of workers at the airport. over the next two or three months, said its operator Fraport.

According to the airport association ADV, around one in five jobs in the field of aircraft security, check-in and handling are unfilled at German airports.