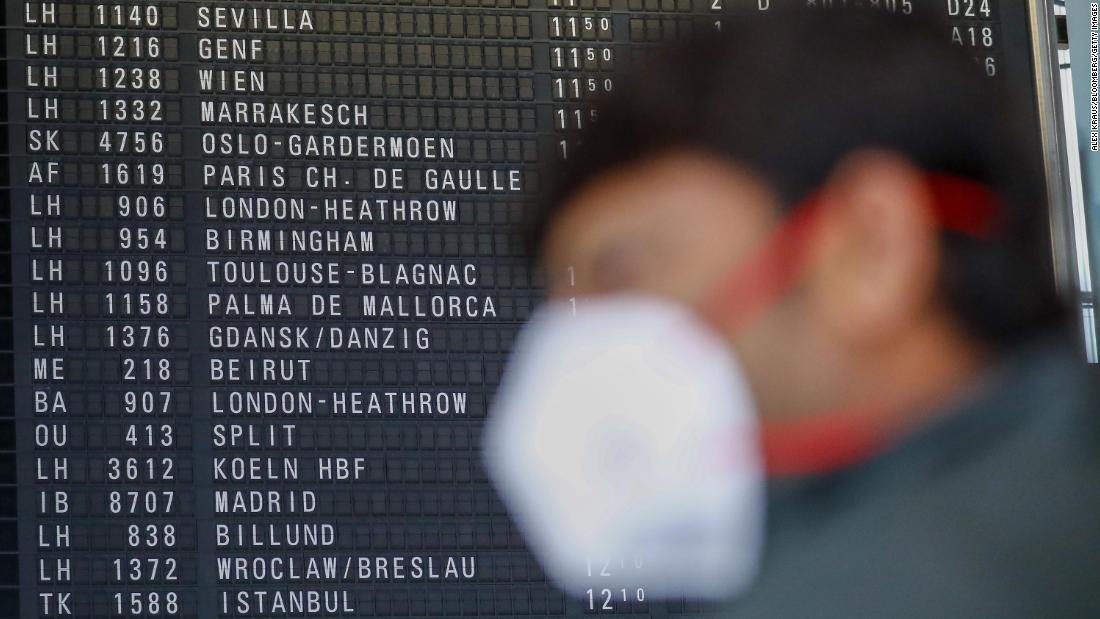 The announcement, which was made on Wednesday, understandably left tourists with an imminent trip to the United States booked, as well as American citizens, with many concerns.

Trump’s decision came as the number of confirmed cases in the United States rose to over 1,200, while the global total rose to over 118,000, with the death toll over 4,000.

Here’s everything you need to know about the US coronavirus travel ban for Europe:

Who does the ban apply to?

The travel restrictions apply to foreign nationals who have visited countries in the Schengen zone – an open-border travel zone in Europe – in the past 14 days.

Both the UK and Ireland are excluded from the restrictions.

When does it start?

The new rules will go into effect Friday, March 13 at midnight. However, it is unclear which time zone this refers to and whether the cut-off time refers to the departure of flights to the United States or their arrival. In other words, if planes still scheduled to be in the air when the midnight cut-off time has passed will be able to land.

I am an American vacationing in Europe. Will I be able to go home?

Yes, in theory. The Department of Homeland Security clarified that the ban does not apply to US citizens, so US travelers will be allowed to return, provided they “have undergone appropriate screening” beforehand.

However, Americans will be redirected to a limited number of airports that have implemented medical checks, officials said.

Those with symptoms will need to see a doctor and others, while others will be required to undergo a 14-day self-quarantine.

The exemptions apply to U.S. lawful permanent residents, citizens and certain family members, according to a statement from the Department of Homeland Security.

At this time, there is no indication if there will be additional flights for US citizens wishing to return.

Airlines are still scrambling to implement the restrictions and decipher what’s next, and there are currently no official guidelines.

What happens if I change my route via an unaffected airport?

Regardless of which airport you are traveling through, if you are a foreign national who has visited any of the aforementioned countries within the past two weeks, you are not permitted to travel to the United States under current restrictions. .

How long does the ban last?

The restrictions were in place for 30 days. However, no fixed expiration has been given at this time, so it is possible that this could be extended.

Thousands of flights have been canceled in recent weeks due to a slowdown in demand due to the coronavirus outbreak.

It is inevitable that this latest development will lead to even more cancellations, as it is likely that airlines will not be able to fly from affected European destinations to many US airports.

“At this point, all I can say is that we will comply with the administration’s announcement,” United Airlines spokesman Frank Benenati told CNN.

I have a flight booked for the United States. Can I get reimbursed for my trip?

Many airlines are already offering refunds or waiving change fees on bookings by the end of April, including United, American and Delta, while some major hotel chains are waiving cancellation fees.

However, there are no guarantees when it comes to recovering all costs associated with trips canceled due to coronavirus.

Currently, a virus outbreak is not covered by most standard trip cancellation insurance policies, according to TravelInsurance.com.

“However, for those who have purchased an optional Cancel for Any Reason (CFAR) upgrade, some measure of trip cancellation protection may be available,” according to Stan Sandberg, co-founder of TravelInsurance.com.

Those with existing policies are advised to contact their providers to see if their plans offer coverage.