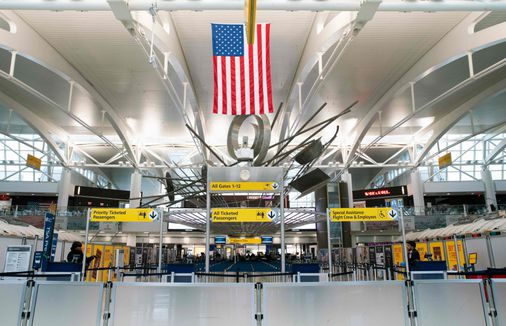 “This virus is everywhere. “Experts deem the ban on travel to Europe unnecessary

Public health experts on Wednesday condemned President Trump’s travel ban from certain European countries, reacting with bewilderment and derision to a measure they said would do nothing to control a pandemic that has already reached the American coasts.

â€œIt’s a distraction. It is pointless. And it will waste our energies on things that won’t make Americans safer, â€said Dr Ashish Jha, director of the Harvard Global Health Institute. “Instead of focusing on the growing epidemic in the United States, the president is trying to distract us by looking for others to blame.”

Trump announced Wednesday evening that the United States would block most visitors from mainland Europe for 30 days from Friday.

Jha and others have said the top priorities should be to identify, treat and isolate Americans sick with Covid-19; ban large gatherings to control the spread of the virus; and prepare a health system that risks being overwhelmed in a matter of weeks.

And these critics point to the fall of the stock market as proof that they are not the only ones who find the president’s speech inadequate.

“I don’t understand why we are putting our efforts into trying to keep cases out of the country when we have an epidemic raging in our country,” said Jennifer Nuzzo, senior researcher at the Johns Hopkins Center for Health Security. â€œMost of the cases we have found so far are not related to any type of travel. This virus is everywhere.

No travel ban can stop a virus like the one that causes Covid-19, because it “spreads too quietly and too quickly,” Nuzzo said. “I think all we’re going to accomplish at this point is to take a toll on the economy.”

Plus, measures such as travel bans come at a “psychological cost,” Nuzzo said, suggesting the virus is “out there” and can be prevented from coming here. “We continue to send the psychological message that the virus is not here among us.”

As a result, she said, a person with symptoms may not take the advice to stay home seriously and end up spreading the virus further.

Gregg Gonsalves, professor of epidemiology and law at Yale, said the president’s plan wasn’t even a travel ban because Americans are exempt from it. And, with the UK also exempt, anyone can take a train to London to catch a flight.

â€œThere is no internal logic to this,â€ Gonsalves said. “It’s clear they’re doing the classic ‘blame the other’ in the middle of an epidemic. … It creates chaos. It was done in bad faith.

Jha said he wanted the president to be honest about the difficult times ahead and called on Americans to work together to defeat a virus that is already spreading among us.

â€œA half-decent president would harness the resources and ingenuity of the American people,â€ Jha said. â€œInstead, our president wants to build a wall and ban flights from Paris. This is a shocking level of incompetence. “