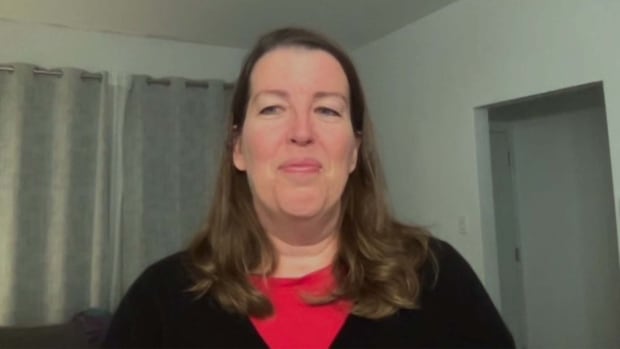 After reporting on scientists working to identify and track variants of the coronavirus in southern Africa, Canadian journalist Stephanie Nolen found herself caught in chaos as she left South Africa as countries closed their airports to flights from several African countries on the latest variant, omicron.

At one point on its flight from Johannesburg to Amsterdam on Friday, the European Union announced that its countries would suspend the entry of travelers from several African countries, including South Africa. When his flight arrived at Amsterdam’s Schiphol Airport, passengers were not allowed to disembark.

The omicron variant was declared a variant of concern by the WHO on Friday. The European Union and other countries, including Canada, reacted quickly by imposing travel bans to certain countries in Africa.

It’s hard not to see this as South Africa being punished for having world-class scientists, who do some of the best Covid surveillance in the world, and being transparent about what they find. . https://t.co/356pkUs7uX

The omicron variant has already been identified in several countries, including Canada. Two cases of variant coronavirus have been confirmed in Ottawa late Sunday. Many uncertainties remain as to the transmissibility of the variant and the severity of the infection it could cause.

Experts have criticized governments’ decisions to hastily close borders in an attempt to curb the spread of the latest variant.

â€œThe key here to understanding is the virus thatâ€¦ South African scientists measured just last week has probably been circulating for quite some time,â€ said Dr. Prabhat Jha, professor of global health at the University of Toronto and epidemiologist at St. Michael’s Hospital in Toronto, to Verification.

“I think the right strategy is not to punish the countries, especially South Africa, which have reported their data so well so quickly, but rather we should adopt very vigorous testing and quarantine approaches for them. visitors from these countries. “

No food, water on the tarmac

Nolen knew that the latter variant was already making waves before leaving Johannesburg. At that time, her flight was ready to take off.

After landing in Amsterdam, she said flight attendants told passengers they would “do something different” – another round of COVID-19 tests. Nolen said she had already tested negative the day before departure and 72 hours before.

WATCH | Stephanie Nolen recounts what happened after she landed in Amsterdam:

Stephanie Nolen, global health reporter for the New York Times, recently visited South Africa to detail research on variants there. She tells Ian Hanomansing, host of Cross Country Checkup, of her landing at Amsterdam Airport Schiphol on Friday after the European Union suspended entry for travelers from several African countries. 11:18

Nolen said she and her fellow travelers spent more than five hours stranded on the tarmac at Schiphol – with nothing to eat or drink.

“That’s when the captain came in and said, ‘We would like to bring you food and water, but we can’t because they won’t let the catering get close to the plane. â€œthat we started to get a little anxious,â€ she recalls.

A statement from GGD Kennemerland, a Dutch regional health authority, said that while they understand the frustration of passengers, they were faced with an unprecedented situation.

Five hours later, a bus arrived to transport the tired travelers to a cordoned off airport terminal where all the passengers were swabbed, Nolen said. She and others waited an additional nine hours for test results, found themselves crammed into a tight line to have them delivered verbally.

It was then almost 24 hours since they had left Johannesburg. Many of her fellow travelers did not wear masks, she said.

â€œI basically feel like I’ve been immersed and rolled into COVID,â€ Nolen said.

Citing Dutch health authorities, Reuters reported that 61 passengers who arrived in Amsterdam from South Africa on two different flights – including the one from Nolen – on Friday tested positive for COVID-19. On Sunday, officials confirmed 13 of the cases were caused by the omicron variant.

I saw the best of humans, scientists and public health workers in South Africa, last week. And the worst, at Schiphol. It is difficult to reconcile the two.

Sitting on the tarmac at Schiphol airport, the journalist documented his ordeal for the Times.

“Someday I might appreciate the irony of this situation,” she wrote, adding that she had had ample time to review the research shared with her by scientists from South Africa. .

Written by Jason Vermes with files from Reuters and Ashley Fraser.

Explained: How Europe Travel Rules Will Change After EU Proposed Limit On Validity Of Covid Vaccine