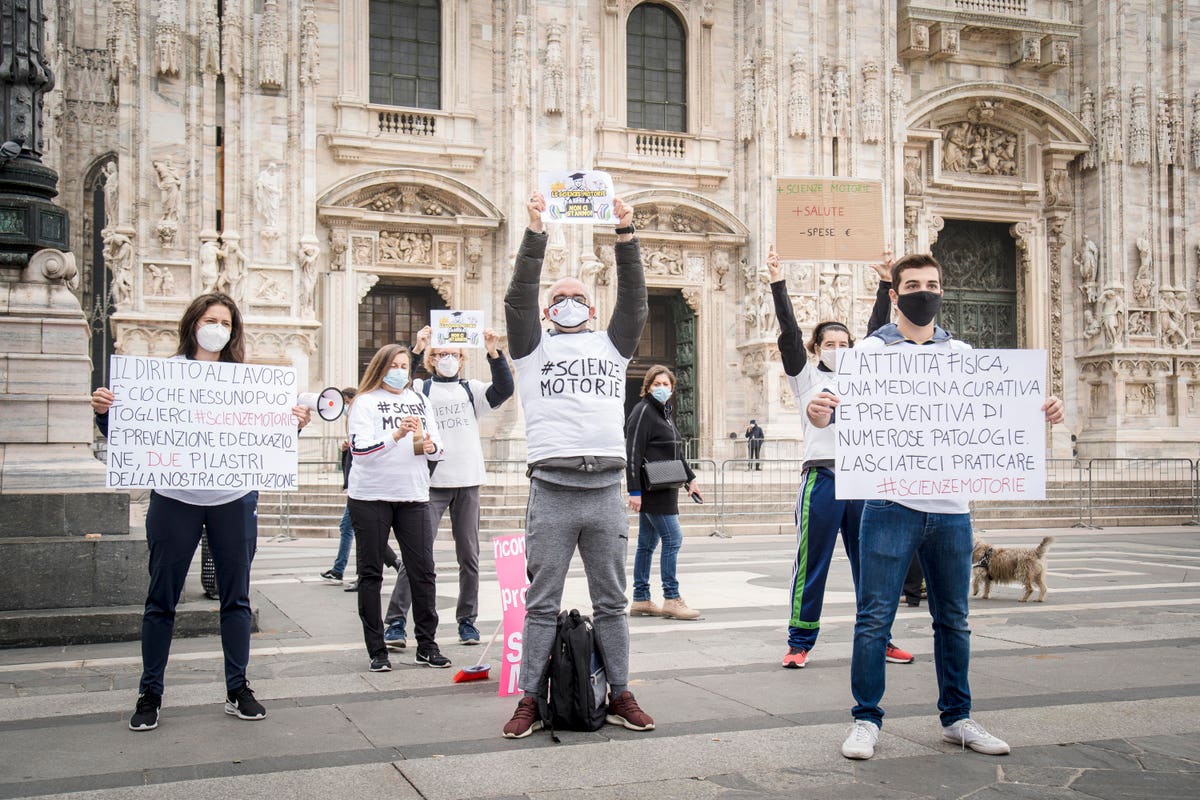 New travel bans in Europe (and protests), as Covid-19 increases

With Covid-19 infection rates increasing in all EU countries, many governments have implemented new travel restrictions this week, leading some groups and politicians to protest.

EU countries use the European Center for Disease Control’s “traffic light” system to determine travel restrictions, which this week marked all countries in red except Norway and Finland – a big change from the previous week, where some countries had been orange or green.

Most countries still choose to keep schools open across Europe (especially for younger people) in an attempt to alleviate the stress of childcare for parents. Many blockages are much lighter in nature than those imposed in March and do not call for a complete ban on movement.

This week, however, many countries, such as France and parts of Italy, have chosen to reduce high school to half classes or continue with online classes.

As rates skyrocketed across Italy, many of its regions came under strict lockdown conditions with the shutdown of many non-essential businesses across the country.

AP News reported that the northern regions of Lombardy (which includes Milan), Piedmont and Valle d’Aosta and the southern region of Calabria, the Italian tip of the boot, will be subject to increased restrictions for the next 15 days.

This involves the closure of all non-essential stores, a take-out service only for bars and restaurants, distance education for students aged 12 and over, and a ban on leaving hometowns except for work. , health or other serious reasons.

Sicily and Puglia, two other regions in the south, are now subject to a second level of restrictions. The rest of Italy is under a 10 p.m. curfew and restaurants are forced to close at 6 p.m.

While Italy has reported a record number of Covid-19 cases, many local politicians have pledged to tackle forced national lockdowns, such as the governor of Calabria.

Rates of contracting Covid-19 in Germany are also increasing; the country doubled the number of intensive care patients in just 10 days and set a new record of more than 21,500 new confirmed cases on Friday.

On November 2, the country entered lockdown but from November 8, it slightly changes its travel rules. Currently, all arriving visitors, who have been in high-risk countries 14 days previously, must take a Covid-19 test and remain in quarantine until the results come back (usually a few hours and the test is free). If the results are positive, they must quarantine for 2 weeks but after November 8, this deadline will become 10 days. Anyone else who tests negative should self-quarantine for 5 days.

Thousands of people took to the streets of Liepzig Saturday to protest against the new restrictions on movement.

France imposes the Covid-19 test on all Arrivals

As France headed for its second lockdown, French Health Minister Olivier Veran announced on Thursday, while putting in place even stricter travel restrictions in Paris, that “the second wave is here, and it’s violent “.

President Emmanuel Macron has said non-essential travel is no longer allowed, and although internal borders with the European Union area are open, all external borders have been closed. France is rolling out thirty-minute rapid tests at Paris Charles de Gaulle airport and all ports, which are much faster but less accurate than the three-day deadline for standard tests.

Macron said that “no traveler should be able to enter European territory without being certain that he is not carrying the virus”. French Prime Minister Jean Castex also stressed that all arrivals would need to be tested.

The French government remains under fire for shutting down small businesses but allowing large retailers to continue selling.

The country has taken nearly a million people to detention in the north after a mutated version of Covid-19 was found in 12 people, infected with mink. AP News reported that the 15 million mink will be slaughtered across the country and that farmers would be compensated. The mink farmers have announced that this will be the end of their operations.

Spain’s state of emergency went into effect on November 1, imposing a curfew on the entire country from 11 p.m. to 6 a.m.

An addition made was that from November 14, all arrivals to the Canary Islands, must be in possession of a negative Covid-19 test carried out 72 hours before arrival, if they are over 6 years of age or more.

Prime Minister Boris Johnson locked England on November 5, which clearly has an impact on travel restrictions, to or from the country. Johnson said: “This means people cannot travel abroad or to the UK except for work, education or other legally permitted exemptions. Overnight stays away from primary residences will not be eligible. authorized, with special exceptions, in particular for work. ”

International travel to and from the UK is still subject to the travel corridor system, where countries are entered and removed from security lists (where quarantine is not required for those on security lists. security).

Many UK airlines have canceled inbound and outbound flights for the next 4 weeks.

Additional updates on other EU countries

With the increase in infection rates, many other travel restrictions have been imposed on residents as well as visitors: