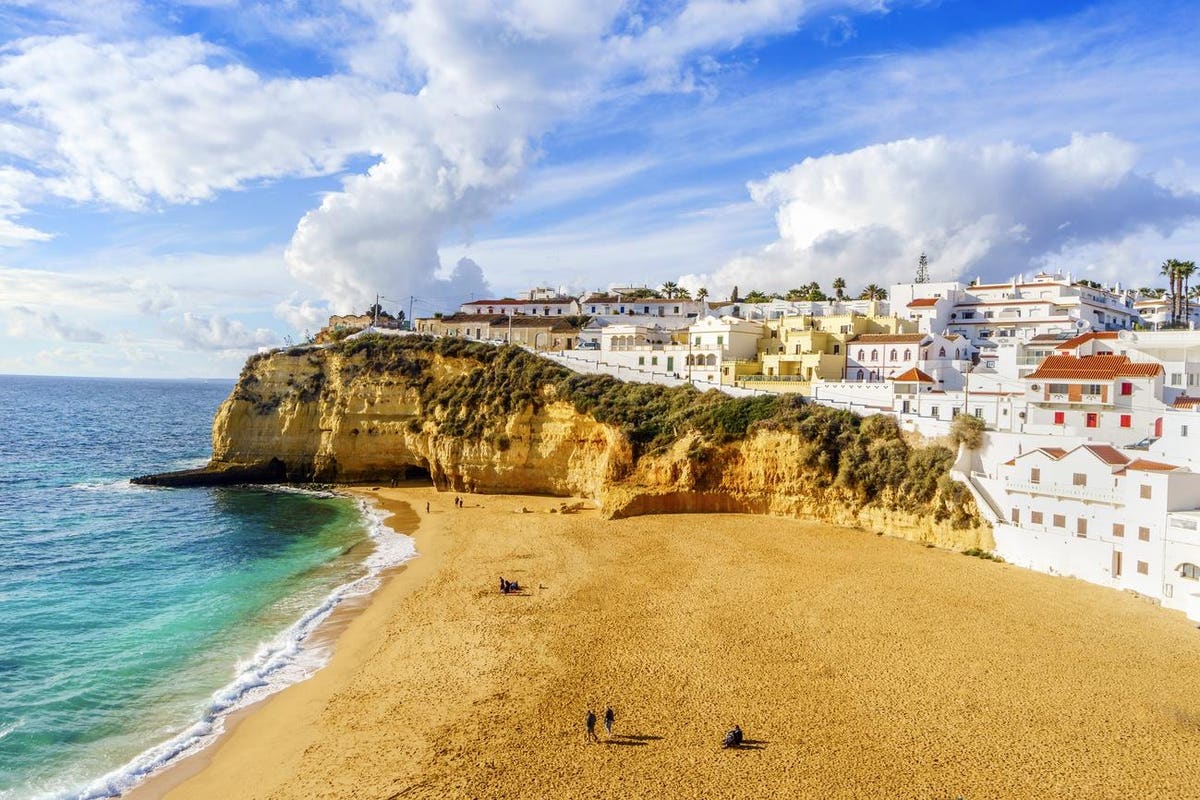 Turns out the Covid-19 vaccine could be your ticket to travel to Europe this summer: On April 25, European Commission President Ursula von der Leyen announced that Americans who have been fully vaccinated may be allowed to to visit. In response, the travel app Hopper saw a 47% spike in searches for air tickets from the United States to Europe for summer travel. So what does this mean when it comes to pricing? Will Europe be more expensive than ever, given the rise in interest? Or are there any offers to travel to Europe?

Following von der Leyen’s announcement, Hopper’s research team examined the search request for trips to Europe and analyzed what the news might mean for airline ticket prices this summer, focusing on the cheapest places to go in Europe. Hopper economist Adit Damodaran said the results were surprising.

â€œYou would think that with more demand, prices would increase,â€ Damodaran explains. “What we have seen is that airfares are going down and we expect them to go down even more in May.”

According to Hopper, a good price for a round-trip plane ticket to Europe will be around $ 760 for the summer of 2021, down 11% from early April. And it’s considerably cheaper than a year ago: before March 2020, that same trip would have cost $ 852. Usually, the cost of transatlantic flights keeps increasing as summer approaches. But Hopper estimates airfares to Europe will continue to decline, hitting a low around May 25 at $ 700 for a round-trip flight, before climbing to $ 775 in mid-June.

Where to save money in Europe

So where can you go to save the most money? Here are the top five spots, according to Hopper:

Portugal: â€œLisbon appeared on our list with the absolute cheapest flights,â€ Damodaran said. Hopper’s estimate for a cheap plane ticket to Lisbon: $ 482. According to Damodaran, one of the reasons for the low price is that “it’s geographically closer to the United States, so jet fuel costs less.” Portugal is also experiencing a resurgence in popularity. Following an announcement in the first week of March that it hoped to welcome tourists from the UK again from mid-May, Portugal saw a 77% increase in interest from tourists. Hopper users. Travel tips: By reopening, Portugal promises to do better tourism: more responsible, more resilient, more sustainable. Sheree Mitchell of the boutique agency Immersa in the world told Forbes that some of the best places to visit when the country reopens include Fortaleza de Sagres (a three-sided fort at the southern tip of the Sagres Peninsula in the Algarve) and Ponta da Piedade (a series of caves and natural caves in Lagos).

Iceland: Next comes Iceland, where there are also some great bargains to be had. Since Iceland announced its plans to reopen on March 17, round-trip plane tickets from the United States have fallen 21%, from $ 697 to $ 550. Likewise, Iceland saw a 93% peak in searches after announcing on March 17 that it would fully reopen to all vaccinated travelers (including American travelers). According to Hopper, this is the largest increase in search traffic seen to date in 2021 for an international reopening. Damodaran says Reykjavik’s geographic proximity to the United States also helps keep airline ticket prices low. Travel tips: There are many reasons to dream about Iceland right now, to Heavenly lagoon (a new artificial geothermal spa with views of the Atlantic Ocean and the Northern Lights) at Hidden Iceland (a tour operator who organizes trips in small groups).

Ireland: Irish eyes will smile at the cost of a cheap plane ticket to Dublin at $ 623. And the country also has a lot to offer. In a recent ranking of must-see destinations, Ireland placed in the top 10, thanks to its hot food scene, castles and historic sites. Travel tips: Where to go in a place full of attractions? Consider West Cork (which is rich in history), Kinsale (the food capital of Ireland) and Guinness Storehouse, one of the best brewery tours in the world.

Madrid, Spain: Spain’s capital hit the bottom of Hopper’s list at $ 623 for a cheap round-trip flight. Spain is also looking to secure travel this summer and aims to be among the first countries to implement vaccine passports in a bid to attract travelers. Travel tips: The big news for travel to Madrid is that the historic Ritz Hotel has just reopened as a Mandarin Oriental Ritz, Madrid. Located in the Golden Triangle of Art, the hotel is right next to El Retiro Park. Another hot spot to discover this summer, the LavapiÃ©s district, which Time Out called one of the 40 coolest neighborhoods in the world, thanks to its chic cafes and flourishing cultural scene.

Barcelona, â€‹â€‹Spain: In addition to looking at air fares, Hopper’s report analyzed the destinations Americans are most interested in this year (for more on this, read on). Barcelona was the second most popular destination on the list, and its airfare was among the lowest at $ 636. Travel tips: Experts say 2021 will be an epic year for travel and dining, especially in Barcelona, â€‹â€‹which is known for its vibrant food scene. Among the 10 most popular restaurants are Campsite Mar (a restaurant by the water that serves paella by the sea) and The Xarxa (one of the city’s best kept secrets). Barcelona’s Esquerra de l’Eixample district has been named the world’s coolest number one by Free time, with buzzing bars, restaurants and (safe) terraces.

Most popular places in Europe

As mentioned above, Barcelona was second on the Hopper list of the most popular destinations among Americans. Paris tops the list as the most sought after European destination. The list of the five most popular destinations has been completed with Frankfurt, Germany; Athens, Greece and Amsterdam, the Netherlands. Meanwhile, the top five destinations with the biggest flight search spikes after Sunday’s announcement are Denmark (up 84% since April 25), Poland (up 72%), Portugal (up 60%), the Netherlands (up 59%) and France. (up 57%). Another popular location is Greece, which saw a sharp increase (42%) in round-trip searches from the United States after the country announced on April 19 that it intended to reopen to American travelers.

As well as knowing where to go, Hopper has other tips and advice for travelers heading to Europe this summer.

â€¢ â€œFor the best deals on flights, book over the next three to four weeks, ideally before the end of May, as that’s when we expect prices to start increasing,â€ explains Damodaran.

â€¢ â€œThe situation can change quite quickly these days, even in a matter of weeks, so look for flexible booking options, in case you need to reschedule your travel dates,â€ says Damodaran. Hopper has a flexible date booking plan that allows travelers to change the dates of their trip.

â€¢ â€œWith your outbound flight to Europe, you may not need one to show a negative Covid test if you have proof of vaccination, depending on the country. But when you return to the United States, you will have to present a negative Covid test, â€explains Damodaran. â€œSo the general advice is to make sure you are able to secure it wherever you go. “

â€¢ The 20 happiest countries in the world in 2021 (guess where the United States ranked?)

â€¢ $ 12,000 worth of houses in Italy: two surprisingly inexpensive (and beautiful) villages that make getting around easy