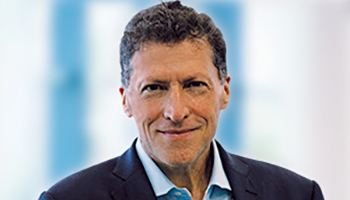 I have traveled to Europe twice in the last month and my nose has yet to forgive me. PCR tests before departure and return to the USA A PCR test to go from mainland Portugal to the Azores. Antigen testing for boarding (and re-boarding) a ship.

This gentle term “nasal swab” is so misleading – some technicians, it seemed, viewed my nose as simply the gateway to a place much closer to my stomach.

My vax card is fraying, my phone is filling up with QR codes. I’m now traveling with two masks: On a recent trip Lufthansa needed a surgical-style mask to board, but their lounge in Munich, where I was connecting, required a KN95 style mask. (â€œRegional requirement,â€ explained the salon attendant.)

To travel to Europe during the Covid, it seems necessary to wear a belt and suspenders.

Some destinations require visitors to complete online forms requesting contact information and proof of vaccination and / or a negative test.

Sounds reasonable during a pandemic, but what follows sometimes makes sense. When I landed in the Azores, I got into a long, slow line. As I moved forward, I filled out the online form on my phone. But I had difficulty downloading the QR code from my test results.

I asked a person next to me how he did it. He found a folder on my phone that showed multiple QR codes. It was impossible to know what my test result was, but he typed one out at random. He got attached.

I wasn’t sure it was wise, but I had a hard copy in case something went wrong.

Moments later, an email from MySafeAÃ§ores.com appeared in my inbox indicating that my submission was successful. It also contained a new QR code to allow entry. I later looked at the random code that had been submitted; it was for a negative test carried out two months earlier in Mexico. Maybe it didn’t matter – officials in the Azores also collected the paper version of my negative test results.

Belts and Suspenders Lesson # 2: Even if you have a QR code on your phone, always carry paper proof of test results with you. None of my QR codes have been scanned by a QR reader yet. In two cases, officials simply waved to anyone who had a QR code displayed on their phone as they walked past; in two other cases, entry officers ignored the codes and insisted on the paper.

Some countries in Europe – Greece, for example – require only proof of vaccination and not a negative test. But before going, I still took a PCR test. The delta variant was a growing concern, and I was passing through another country with different rules than Greece. And even if it was a direct flight, I would have done it; entry requirements could change even while I was in the air.

I was going to Greece to sail on Silverseas’ Silver Moon for her christening ceremony. An antigen test was required before I could board, and masks were required inside, except in bars and restaurants. No testing was required to re-board after the shore excursions, but one was required when I returned to the ship for its christening ceremony after checking in at my hotel in Athens (this, despite testing negative made the day before for my return to the United States).

In an on-board interview, I asked Richard Fain, chairman and CEO of Silversea’s parent company, Royal Caribbean Group, how concerned he was about the Delta variant.

â€œIt’s worrying because it’s so easily transmitted,â€ he said. â€œAt the end of the day, it’s reassuring that vaccines seem to be so effective against this. It reinforces the importance of vaccinating people, not just for their own good but for the good of society. This is something we do. should be concerned, as we should be concerned with the inevitability of other variations.

“But we also need to understand that the idea of â€‹â€‹continuing in isolation indefinitely is just not a viable option,” he added. â€œAt one point, people just accept a certain level of risk. In the early days of the automobile, in some states, you had to have a person running in front of a car, waving a red flag. It was definitely more. sure to drive without the red flag, but the company just made the decision that some risks were worth taking.

We all look forward to this day. But until then, wrap the belt, wrap the suspenders, carry the paper, download the QR codes.

And, to hasten that day: If you haven’t already, please get vaccinated.