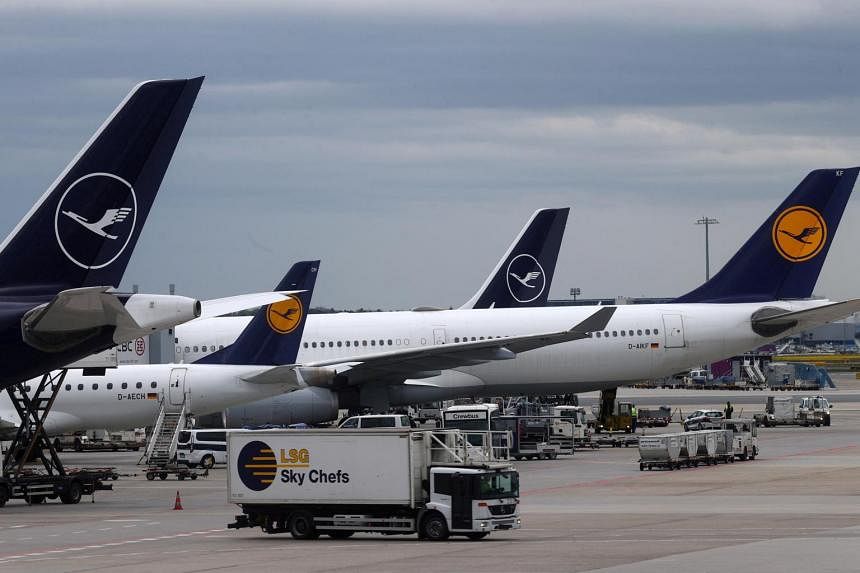 The airline cut domestic German and European routes for July and August, a spokesperson said. This follows 900 cancellations announced earlier this month.

Germany and other European countries have faced a new surge in Covid-19 infections. Although less deadly than previous waves, it is causing increasing absences from workplaces, exacerbating acute labor shortages in airlines.

Travel chaos has taken hold across Europe as carriers face resurgent post-lockdown demand. Airlines have downsized during the pandemic and have been slow to rebuild, worried about the resilience of ticket sales.

Growing labor unrest as workers demand pay rises to keep up with inflation is compounding the problem, with strikes threatened or underway at airlines such as Ryanair and British Airways.

British Airways workers at London Heathrow Airport are set to strike over a pay dispute.

Unions GMB and Unite said hundreds of British Airways check-in staff backed walkouts during the peak holiday period after the carrier refused to reverse a 10% pay cut imposed during the pandemic. Unite said it would give the airline “a short window of opportunity” to restore wages before posting strike dates.

Soaring inflation has prompted aviation industry workers to step up their campaigns for pay rises, emboldened by a rapid rebound in travel coupled with an industry-wide staff shortage that has forced hubs across Europe to cancel hundreds of scheduled flights.

London Gatwick and Amsterdam Schiphol both said last week that they were capping capacity.

British Airways is particularly vulnerable to walkouts after offloading 10,000 staff during the coronavirus crisis and already having to curb operations at the busiest time of the year to minimize disruption.

Mr Luis Gallego, chief executive of IAG, the parent company of British Airways, warned on Wednesday that strikes at the airline were a distinct possibility, saying the carrier was facing a “difficult summer” and needed to speak with the employees and “link the recovery of the company with the recovery of all our people”.

British Airways, which employs around 30,000 people, said on Thursday it was disappointed with the strike vote and had offered a 10% payout to offset cuts during the pandemic, which was accepted by the majority of workers. other employees.

“We are fully committed to working together to find a solution,” the company said in a statement. “We will of course keep our customers informed of what this means for them as the situation evolves.”

A good time to travel to Europe? Heat waves, strikes, cancellations, but fewer costs and restrictions

Europe’s travel chaos: The latest strikes, flight cuts and why there’s no quick end in sight