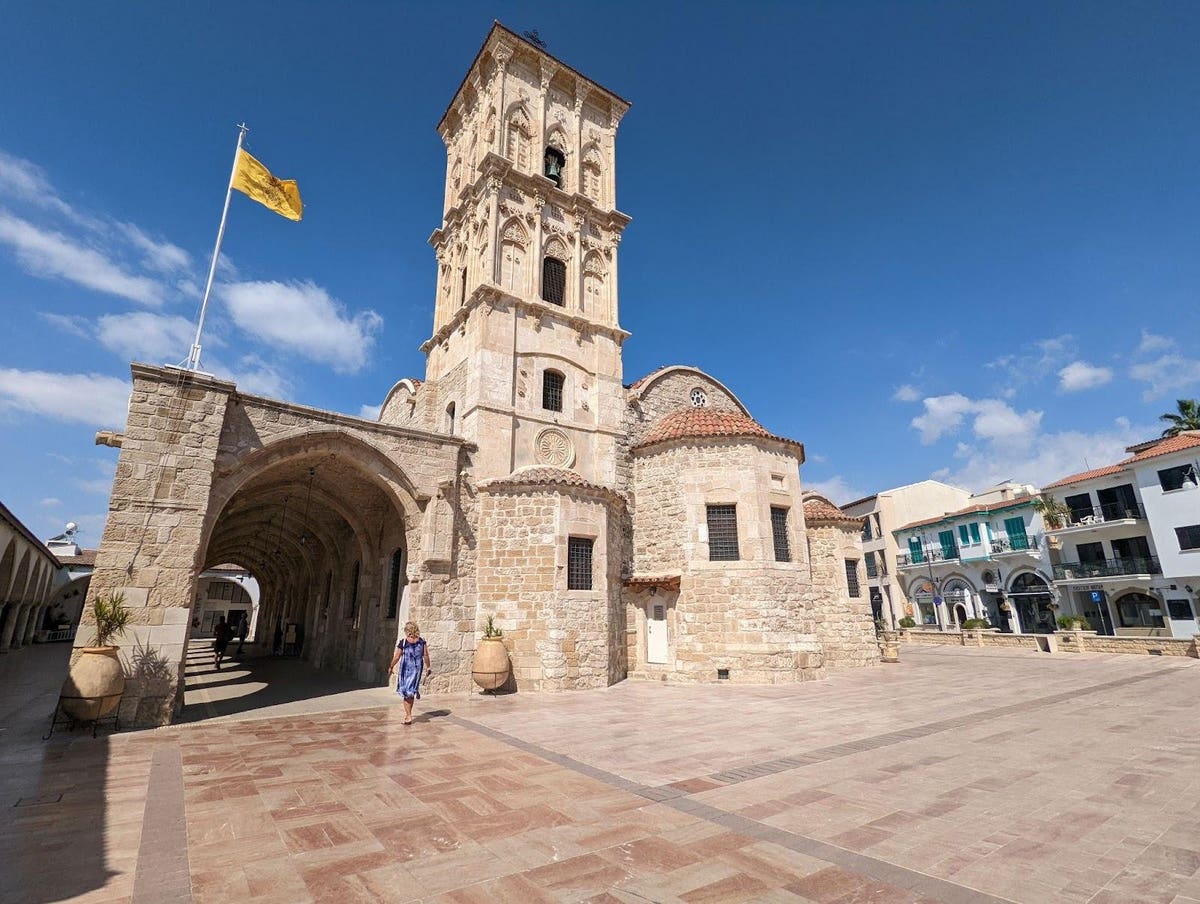 In the resort town of Larnaca, Cyprus, the European summer travel season continues – and that’s fine for everyone.

With temperatures in the 80s and a cooling Mediterranean breeze, visitors from Germany, the UK and Russia are looking to spend their last beach vacation before winter.

It is already cold and rainy in Scandinavia and other parts of northern Europe, where autumn is in full swing. Cyprus is one of the last recalcitrant countries in Europe. Unsurprisingly, this extended the tourist season here as well.

Cyprus is an island in the Eastern Mediterranean. It is about 80 miles south of the Turkish coast and west of Syria and Lebanon. A member of the European Union, it is famous for wreck diving, dessert wine and craft traditions like needle lace and basket weaving.

Cyprus’ somewhat central location – between Europe and the Middle East – makes it a favorite destination for Europeans, Israelis and Russians. It’s a curious meeting point, but the road signs tell the story. In Larnaca, near the historic St. Lazarus Church, you can see signs in Greek, English and Russian. The receptionists at the Hotel Opera in the main square switch easily from one language to another, depending on the customer.

As an American in Cyprus, I felt a bit uncomfortable at first about sharing a resort with so many Russians. But as a local explained to me, Eastern Europeans, including Russians, Bulgarians and Poles, come here to escape politics. And, in the end, every Russian I encountered was exceptionally friendly. After all, they were on vacation – or perhaps dodging conscription.

Is it safe to travel to Cyprus?

Cyprus is relatively safe. COVID cases remain low and there are no vaccine requirements for entry. The State Department classifies Cyprus as Category “1”, which means you should take normal precautions. The most important warning from the government is to use an authorized crossing point when entering the Turkish side of the island and not to take photos of border crossings.

But “safe” is a relative term. If you live in Cyprus, you have to remember to avoid drinking tap water (it’s not safe, locals say) and, speaking of bathrooms, never throw away toilet paper. It clogs obsolete pipes. For more information on travel safety, check out my free travel health and safety guide.

Tourism is back in Cyprus — sort of

Tourism in Cyprus has been hit during the pandemic, with visitors falling below 500,000 and then rebounding.

This summer, Cypriot tourism authorities reported that tourism revenue reached $382 million for the first half of the year, up 55% from a year earlier. Authorities hope for full recovery by 2023

Who should visit Cyprus?

Cyprus isn’t exactly on the map for most American visitors. Tourism officials say many Americans who come to Cyprus explore its cultural heritage. There are also special-interest tourists – those with an interest in the island’s culinary scene or artisans. Cyprus also offers a lot for adventurers. The wreckage of Zenobia, a ferry that sank on its maiden voyage in 1980, attracts divers. Yet last year fewer than 20,000 Americans came to Cyprus, making it one of Europe’s lesser-known destinations.

In Nicosia, the atmosphere is more relaxed than in other southern European destinations. Even Athens seems more nervous – a word that is not often used to describe Athens – compared to the Cypriot capital.

In the old town, tourists browse antique shops and clothing stores. In the evening, they sip coffee and sit with their hookah in one of the many cafes under the watchful gaze of the ever-present Saint Helena cats.

Cyprus is an ideal destination for travelers who love history. The Cyprus Museum in downtown Nicosia is just a sample of this story, with exhibits that take you from Neolithic artefacts to the early Bronze Age. At this time of year, there are few visitors and plenty of opportunities to linger and read each exhibit.

There are fewer tourists in Nicosia, the capital, than in Larnaca. Most of the visitors I encountered were from Germany and the UK, and many seemed to be on organized tours. You can easily reach the highlights of Nicosia in a day, including museums and the old town. But this city, even this island, piques your curiosity. It’s a place that doesn’t quite match your perceptions. It’s somewhere between Europe and the Middle East, and yet depending on where you are, it’s also fiercely Greek or Turkish.

For visitors, Cyprus is a mystery just waiting to be explored.

Impatient tourists, long lines and expensive food: how travel in Europe has changed after the pandemic