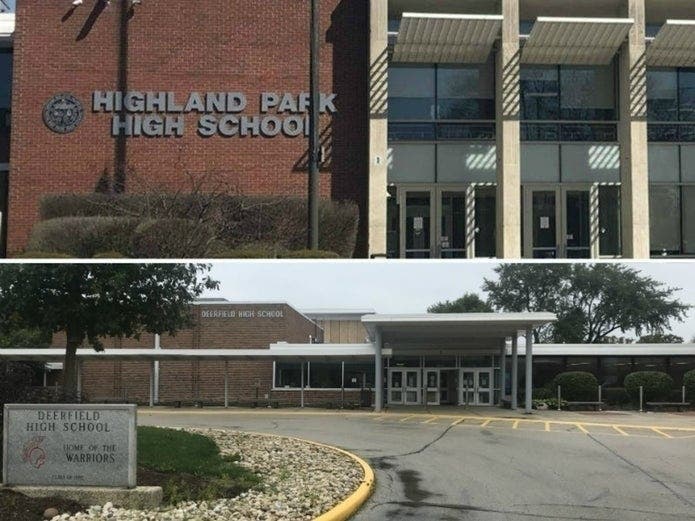 HPHS-DHS Bill Consolidation among options to address costs and deficits

The district has a fund balance of $ 50 million this year, but if it stays on its current budget path, its annual deficit will rise from $ 1.1 million to over $ 5 million and consume more than half of the balance over the next decade, according to a neighborhood forecast. Letting the balance run out exposes the district to higher borrowing costs and challenges with unforeseen expenses.

Superintendent Bruce Law said there were major issues with the DHS auditorium, which has had at least one extended shutdown due to safety concerns and requires regular inspections to ensure it meets standards minimum security.

“The roof is failing. The HVAC is failing,” he told the board. â€œYou can see these stairs. Now there is a way for a person in a wheelchair or a walker to access the library, but in terms of accessibility, it fails for our students and staff if they are in a wheelchair. rolling or on a walker.

The infrastructure alone will cost approximately $ 76.1 million. Repairing the auditorium would cost around $ 34 million, while the library needs nearly $ 8 million in work, according to district estimates.

The estimated bill for necessary infrastructure, priority capital spending and patches for the Deerfield High School Auditorium and Highland Park High School Library is over $ 177 million and is close to $ 228 million. dollars with lower priority spending.

Without a referendum, the district can only raise about $ 88 million in construction funding over the next decade, according to administrators.

Administrators said more than $ 78 million of the district’s roughly $ 104 million annual budget goes to salaries and benefits which are growing at a faster rate than the district’s property tax revenues, which are tied to l ‘inflation.

At the same time, the district faces a decline in enrollments without a proportional decrease in the number of staff needed to provide the same services, according to district officials.

Estimates from a demographer hired by the district as part of its general planning process revealed that the population of 3,300 students is expected to decline by about 10% to about 2,900 students by the end of the year. the decade.

“Food for thought doesn’t even begin to describe the scale of the problem,” said board member Jaime Barraza, who said it was important for the board to confront him publicly. “I think it’s a very responsible thing to do not to bury that and – we keep saying, ‘kick the can’ – keep kicking the can.”

District 113 administrators and board members have identified at least three possible avenues to meet the forecast.

It could maintain two campuses – “knowing that we will repair and replace infrastructure or attempt to push through a major property tax increase through referendum” – while drastically cutting spending, including spending on student programs if necessary.

Alternatively, the district could use a high school for a freshman campus that feeds another campus for sophomores, juniors, and seniors, which could reduce necessary construction costs while requiring annual budget cuts and a near referendum. also important on property tax.

Or the district could gradually combine the two schools into one campus over a period of several years, which would limit overhead and infrastructure costs and require a smaller referendum to pay for the construction of a consolidated school.

This option would save the board of directors approximately $ 4.3 million during the consolidation exercise, not including transition costs, according to a presentation on the state of the district’s finances and facilities. Consolidation would cut about 25 percent in salaries and 50 percent in non-personnel expenses and allow the board to run a surplus for four years before the deficit returns.

â€œNo option was selected,â€ Law said. “There are more options. These are the three. Nothing has been decided.”

Council secretary Gayle Byck said the district would not be able to continue providing the same services as it does today due to structural deficits, declining enrollment and spending on facilities.

â€œNothing will be painless. It just doesn’t work like that,â€ Byck said. “And believe me, after the last 18 months that we’ve all had, it’s very tempting to kick the box around but that’s what we got elected for, that’s to deal with this. kind of tough decisions, to have the fiduciary accountable to the taxpayers. â€

Board chairman Jodi Shapira said district officials would seek to ensure community members can participate remotely. She said the board is committed to seeking feedback from residents and taking action to answer difficult long-term questions regarding the future of the district.

More information should be added to the â€œFuture 113â€ section of the district’s website, focusing on its long-term planning and sustainability. Questions, comments, and ideas can also be emailed to [email protected]