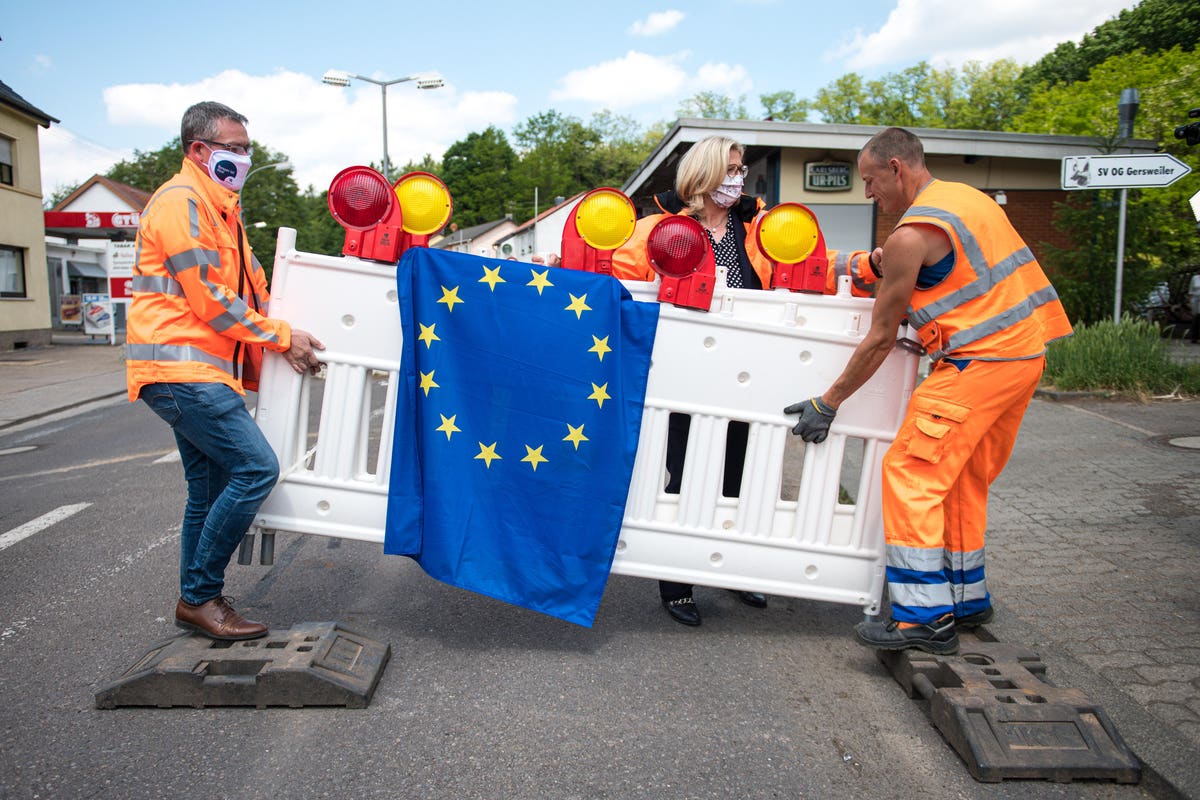 Travel to Europe will soon be possible as many countries begin to reopen their borders after months of lockdown. From a ripple today for some, then to a tidal wave across the continent in mid-June.

This is good news and bad news for non-European travelers, hoping to plan trips during the recovered summer vacation season in Europe. Here are some things to consider, which will impact travel horizons in Europe in the coming weeks:

European countries are reopening their borders: to each other, not to you

Europe’s internal land borders are gradually reopening for Europeans, not for you. Not at least if you have a foreign passport.

This means you can’t confidently start planning a visit for tomorrow, let alone next week or next month. The EU’s external borders are closed until June 15 and possibly longer. This rules out tourism in around 30 countries, even after their land and sea border controls began to crumble for European travelers.

Under EU directives, each country is now free to reopen its borders at any time

Europe is a puzzle of internal borders – which have exploded in response to the COVID crisis. Many countries will now piece together the pieces to gradually restore the freedom to travel across the continent, at their own pace and in their own way.

This could be good news for foreigners, allowing some countries to travel before others. But not until the end of the EU travel ban – no earlier than June 15.

Not all countries are created equal when it comes to COVID

Each country and region will have its own rules, and they will not be general rules allowing all foreign tourists to return at the same time. Not to mention giving the green light to Europeans or compatriots to start visiting in summer.

In parts of Germany, for example, travel is again possible from today, but starting cautiously at the state level. Greece is ready to welcome foreign tourists from July 1. But she seeks to allow visitors from countries with similar COVID-19 risk profiles to enter first. Perhaps vacationers from Israel and Cyprus via safe travel â€œcorona corridorsâ€.

Holidays in the bubbles of travel in Europe

The formation of these so-called travel bubbles between groups of countries may well work in favor of non-Europeans, but not yet. Germany-Austria-France-Switzerland are lowering their border controls, initially, only to neighbors. Only European citizens and residents of these countries will be able to travel freely among them at the beginning of the summer.

The Baltic countries of Estonia, Latvia and Lithuania are also reopening their borders, creating a travel bubble against coronaviruses. Talks between Germany, Switzerland, Austria, the Nordic countries, Greece, Cyprus, Israel and the Netherlands could soon lead to another such bubble.

Over time, the bubbles could grow larger to include more people, including foreign arrivals. For now, they still only concern the reopening of internal borders, not the EU’s external border.

Can I avoid quarantine on arrival?

Travelers to the UK can theoretically go through the mandatory 14-day isolation period and then stay. But these countries are not yet welcoming tourists. Ireland, a member of the EU but not of Schengen, even excludes British visitors before July.

Only Europeans will initially be able to avoid quarantine in the Schengen area, usually without a passport, with the travel bubbles that form. Others from abroad cannot enter with the bloc’s border restrictions still firmly in place. By July or August, that could all change. Travel bans and quarantines may disappear in some countries, but with strict health protocols.

In addition, travel advisories from around the world currently exclude most trips abroad. Restrictions on international travel, both inbound and outbound, still apply from the United States to China and New Zealand. Australia’s travel ban prevents tourists from entering and most Australians from leaving. The government says it is in no rush to lift the border closure to tourism.

Many countries plan to block their citizens from traveling abroad for months. This may end up being your biggest obstacle to summer travel to Europe, more than the current stops on entry to Europe.

It is a positive thing. What seems impossible today may not be possible tomorrow or next week. Until recently, many, including the German Minister of Tourism, predicted that Europeans would spend their vacation at home this summer, rather than say in France, Italy or Greece. Today, Germany is at the forefront of restoring “free travel in Europe” by mid-June.

The most important date to watch in the meantime is June 15, when the EU could lift its three-month travel ban. If this happens, international travelers should get the green light for many places in Europe. Not all. It will depend on the quarantine and other national rules that will be applied, to protect countries, when travelers return.

Trump is lying about his travel ban in Europe.