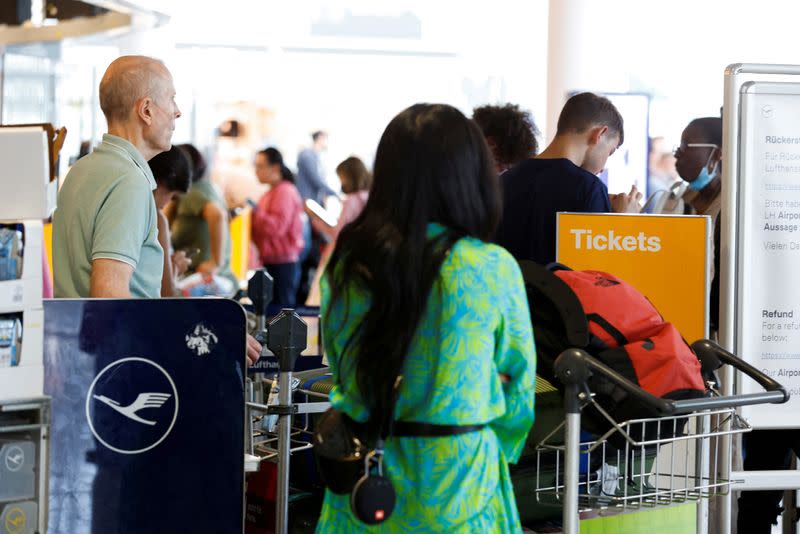 ** Norwegian Air agreed in June to a 3.7% salary increase for pilots, among other benefits.

** Lufthansa canceled around 800 flights at its main bases in Frankfurt and Munich after its pilots went on strike on Friday, affecting 130,000 passengers. The VC union, which is demanding a 5.5% pay rise this year and automatic inflation compensation thereafter, had called on more than 5,000 Lufthansa pilots to stage a 24-hour strike.

** Employees of the Portuguese airport handling company Portway began a three-day strike on August 26 at its main airports in Lisbon, Porto, Faro and Funchal, forcing the cancellation of around 90 flights.

**Members of Ryanair’s Spanish cabin crew union plan to strike from Monday to Thursday each week until January 7 to demand higher wages and better working conditions.

**EasyJet pilots based in Spain left bases in Barcelona, ​​Malaga and Palma in Mallorca for nine days in August to demand better working conditions.

Cabin crew in the country have suspended a strike scheduled for July 29-31 after reaching an agreement with the carrier. Their previous walkouts from July 1-3 and July 15-17 had caused flight cancellations and delays.

** After previously reducing its summer schedule and halting ticket sales for short-haul flights from Heathrow until mid-August, British Airways announced on August 22 that it would be carrying out new cancellations until the end of October, after the airport extended its cap on passenger departures. It will also reduce its winter schedule by 8%, impacting around 10,000 flights.

**However, London Gatwick Airport does not plan to extend passenger number limits beyond the end of August as it has beefed up security staff, while a Lufthansa board member said the worst of the flight chaos was over for the German airline.

** Schiphol, one of Europe’s busiest airports, agreed to pay 15,000 cleaners, baggage handlers and security guards an additional 5.25 euros ($5.25) per hour over the summer. He had to hire 500 security guards after starting the season with about 10,000 fewer workers than before the pandemic.

**Only around 150 Turkish airport workers have been hired by German airports, far fewer than initially expected. They will help with baggage handling under temporary contracts that will run until early November.

** Airport security company ICTS, which operates at Paris Charles de Gaulle, has offered a one-off bonus of 180 euros to those who delay their holidays after September 15 and 150 euros to staff who recruit new recruits, said a CGT union representative.