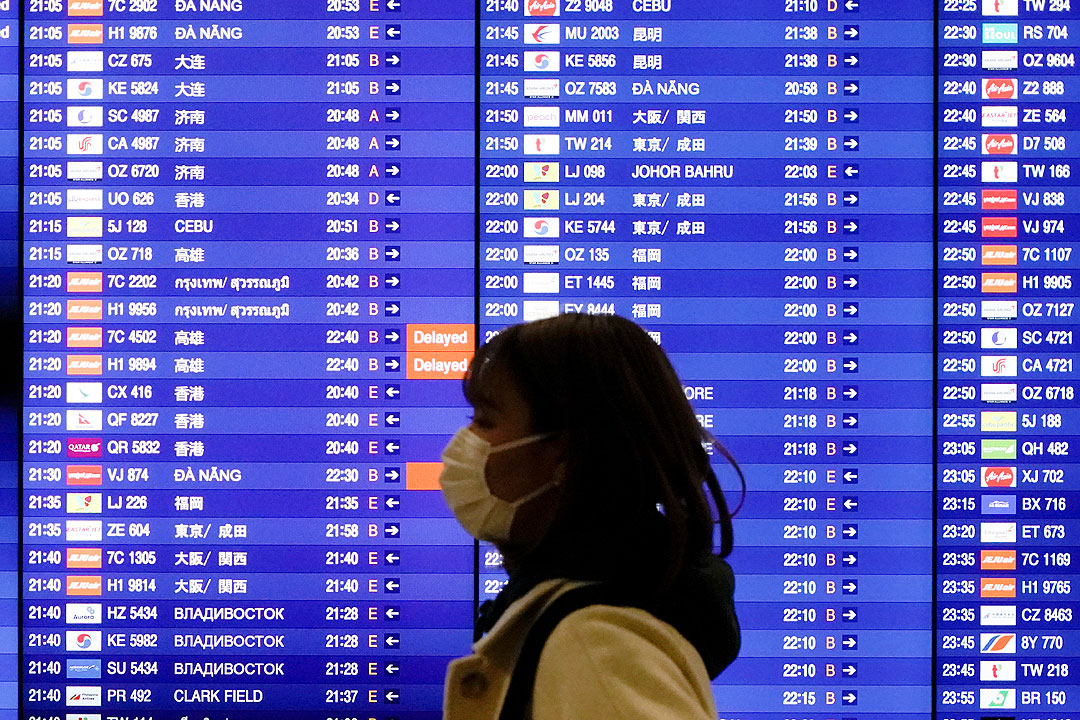 A GLOBAL travel divide is widening as some countries drop coronavirus disease 2019 (COVID-19) restrictions, including quarantines, isolation and even mandatory testing for good, while others slacken cling to years-old restrictions.

Persistent barriers to travel in Asia in particular are isolating the region and its tourism-dependent economies, just as the recovery in Europe and the United States is accelerating. Authorities in the UK are getting rid of unpopular pre-flight testing and requiring only proof of vaccination as they strive to normalize international air traffic.

Transit hubs in Hong Kong and Singapore are being avoided as travelers seek to avoid weeks of hotel isolation on arrival or a series of test swabs. The airlines, which before the pandemic operated around 30,000 flights per month to the two Asian gateways, reduced that number to just 4,514 in February, according to aeronautical data firm Cirium.

There are few prospects for immediate change. Hong Kong – which is quarantining overseas arrivals for 14 days and effectively banning flights from a range of countries deemed high risk – is sticking to the goal of stamping out the virus even as cases in the community are increasing. Authorities last week further tightened restrictions, extending gathering limits to private premises for the first time.

And although Singapore has reached more than two dozen agreements with other countries to set up vaccinated air travel routes, it still requires foreign visitors to undergo nearly a week of daily coronavirus tests during their stay. . Anyone attending the city’s discounted biennial air show this week, an event expected to attract more than 13,000 in-person delegates and 600 businesses, must also test negative each day as a condition of entry.

These barriers to flying extend financial pressure on airlines that primarily serve routes in Asia, from Cathay Pacific Airways Ltd. and Singapore Airlines Ltd. low-cost carriers Cebu Air, Inc. in the Philippines and Malaysia-based AirAsia. While China holds the key to a broad recovery — its vast market alone could trigger a global resurgence in travel — the country is expected to keep its borders closed for most of this year at least.

The uneven rebound in air travel is set to continue through 2022 as countries in Europe and North and South America continue to reopen and Asian restrictions discourage travellers, according to Rob Morris, head of the global advisory of Cirium. “The two-speed recovery is very evident,” he said. “A significant level of intra-Asian traffic is affecting China and with borders likely to remain closed to international arrivals until the end of 2022, recovery in Asia will inevitably be slower than in other regions.”

CHOKE THE FLOW
In Europe, flights will exceed 75% of pre-pandemic levels next month, according to Cirium data from airline schedules. In the United States, the figure will be 86%.

COVID restrictions in Asia are stifling the flow of visitors to countries that need them most. Australia’s Jetstar recently delayed resuming flights to Bali from Melbourne and Sydney, citing the island’s five-day quarantine requirement for vaccinated arrivals. “We look forward to flying to Bali when quarantine restrictions are further eased,” said Jetstar, which is owned by Qantas Airways Ltd.

Thailand this month resumed quarantine-free tourism for vaccinated travellers. But the program’s requirements for multiple tests, enrollment and some basic insurance coverage have drawn criticism. Thailand expects fewer than 10 million foreign visitors this year, down from 40 million before the virus.

“The testing requirements are a deterrent,” said Hannah Pearson, founding partner of Kuala Lumpur-based tourism consultancy Pear Anderson. “The fact that Singapore and Thailand, the two reopening leaders in the region, are still taking this intense approach to testing, may encourage other countries to behave in the same way.”

The cost of the daily swab for a family visiting Singapore is prohibitive enough, Pearson said. Compulsory test on arrival is S$125 ($93). On top of that, visitors run the risk of returning a positive result, then paying for hotel quarantine and ruining their trip, she said. The city-state is conducting a study to assess the effectiveness of rapid antigen test kits for passengers arriving at Changi Airport, which are said to be faster and cheaper, the Business hours reported.

NO TESTING
At some point, tourist hubs in Southeast Asia will have to demand fewer foreign visitors, Pearson said. That could mean switching to a rapid antigen test on arrival or forgoing testing altogether for those who have already tested negative before taking off, she said.

China and Hong Kong, meanwhile, show no sign of giving up on their battle to contain the virus, even as other parts of the world treat it as endemic. This month, Chinese authorities locked down 3.6 million residents of the southwestern city of Baise after identifying fewer than 100 cases.

The central role that China and Hong Kong play in the Asian aviation market means that their COVID-Zero approach weighs on neighboring countries. The number of scheduled flights to all of Asia from outside the region this month is just over half of the pre-pandemic total, according to data from Cirium.

Some countries in the Asia-Pacific region are lifting barriers. Australia said last week that vaccinated tourists will be allowed to enter from February 21, while New Zealand will finally begin to reopen to the world at the end of this month, although arrivals will still initially have to wait. isolate for 10 days.

Travelers’ reluctance to tolerate quarantine after landing is clear: it typically deters at least 90% of potential passengers, Auckland International Airport Ltd said. this month, citing the experience of airlines in other markets.

The speed at which passengers return to the air once restrictions and mandatory testing are removed also indicates how much these rules hinder travel.

British Airways and Virgin Atlantic Airways Ltd., for example, reported renewed interest in long-haul flights in January. It was just days after the requirement that vaccinated arrivals had to take a Covid test before boarding a flight to England was dropped. On February 11, the UK also stopped requiring vaccinated travelers to take a Covid test after arriving in England.

The UK government is now dependent on vaccines as it takes steps to live with the virus, recognizing inoculation certificates from more than 180 countries and territories.

The Omicron variant is already “widespread in the community”, the government said in making the change. Testing incoming vaccinated travellers, said UK Transport Secretary Grant Shapps, had “lost its usefulness”.

Buoyed by the decision, the aviation industry is lobbying the US government to also scrap pre-departure testing for inbound vaccinated passengers.

In a February 2 letter to the White House, travel industry groups led by Airlines for America argued that Covid was already widespread in the United States and that pre-flight testing “is unlikely to change that fact.” . The letter cited the UK as a precedent, as well as the European Union’s January recommendation to member states to remove intra-European Covid travel restrictions.

“Why come to Singapore for four to five days and pay for all the extra tests and risk being stuck in your hotel room, when you can go to New York and not have to worry about all that?” he said. — Bloomberg

Have you heard of Afro-Caucasians in Eastern Europe?