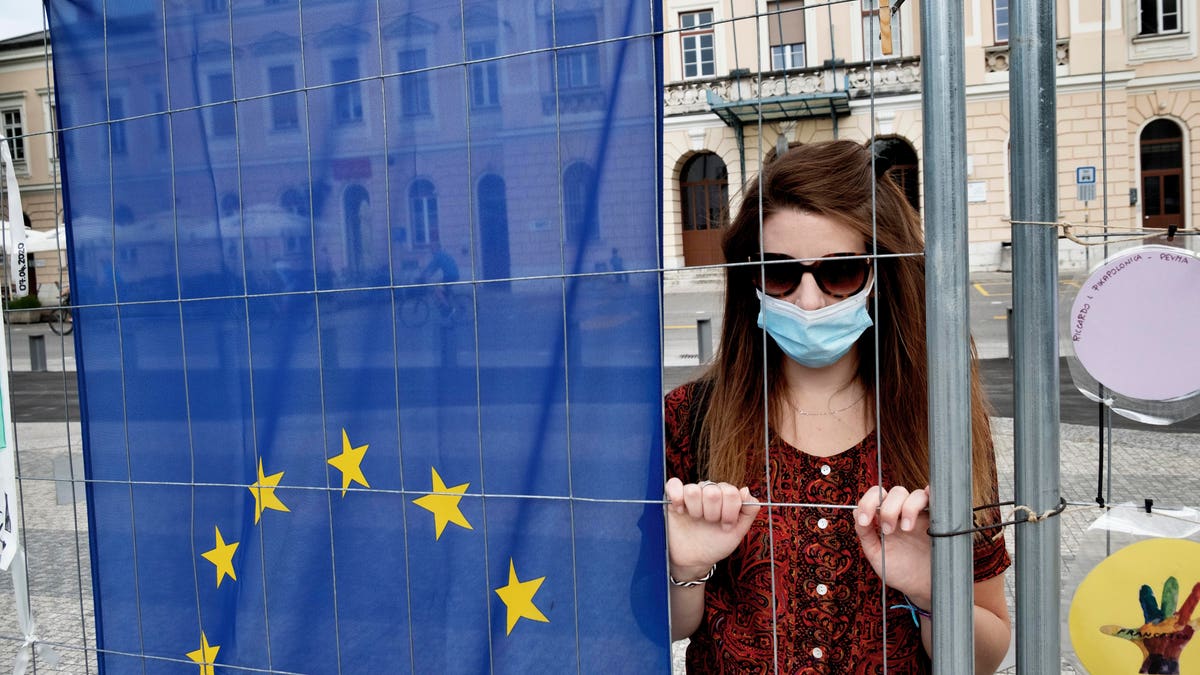 Europe’s external borders are â€œsureâ€ to remain closed for travel after June 15 against the threat of Covid, according to French Minister for Europe and Foreign Affairs Jean-Yves Le Drian.

The EU’s external borders are currently closed to international travel until mid-June, pending further advice from Brussels. But “it is likely that they will still be closed after that,” Le Drian told France Inter Radio on Tuesday.

In order for Europe to protect itself from travelers from high-risk countries, the EU could ask members to keep borders closed to travelers for an additional 30 days, he suggested. “The pandemic is spreading to other countries in extremely important waysâ€¦ We will also have to protect ourselves.”

Le Drian’s comments don’t just come as Europe’s internal borders begin to crumble in time for summer tourism. But also as President Donald Trump has said that the travel ban from the United States to Europe may soon be partially lifted. “Where they start to progress, we will open it,” he said on Tuesday.

In March, many countries in Europe started reinstating border controls in the generally passport-less Schengen area to fight the coronavirus.

If, as Le Druin predicts, the EU’s borders remain closed any longer, then the 30 countries that have been banned for months could turn into a giant travel bubble. Open to tourism between Europeans only. The 27 members of the EU except Ireland, as well as Switzerland, Norway, Iceland and Liechtenstein are closed to international tourists.

The situation of the closure of the external borders in relation to the internal borders opens a box of worms. And many contradictions. Since mid-May, the EU has been spearheading the return of tourism to Europe, encouraging its members to ease border controls across the continent.

The roadmap urges countries with similar risk profiles to set up travel bubbles, allowing free movement between them. What started with Germany and Austria has now turned into a domino effect. Some countries are already opening their borders to their neighbors. By mid-June, a multitude of countries will lift temporary controls at land and air borders, starting with other Europeans.

Some countries are increasingly going their own way in deciding a timetable for international visitors, making the idea of â€‹â€‹a joint EU travel ban remaining in place more confusing.

When the Greek islands reopen, Israelis, Cypriots and Germans will be part of the first wave of visitors to Greece, from mid-June until July 1, when international flights resume. Greece, however, plans to exclude high-risk countries. Britons must self-isolate for 2 weeks upon arrival.

Some, like Norway, might support the idea of â€‹â€‹an EU travel ban. The Nordic country does not seem in a rush to welcome non-European tourists again. Spain says all tourists are welcome from July. Italy wants to follow the same path as soon as possible and says that the moment of the reopening of the borders will be like a “D-day” for European tourism.

In the meantime Germany might want EU to ban travel

When the EU first decided to close the external borders, it hoped governments would keep borders open within the bloc. This did not happen, creating chaos for thousands of Europeans.

Could it now be that most countries are removing internal controls, but the EU travel ban remains? Germany, which plans to allow all European travelers from mid-June, may not be in favor. BARIG, the German Council of Airline Representatives, said it “welcomes the German Federal Government’s exchange with EU member states to reopen new external borders.” At least suggesting that talks are underway for an easing of travel restrictions in the EU.

Germany wants its citizens to travel again too and will replace its global warning with individual advice for each country. He is pushing all Europeans to adopt strict European directives for travel safety from mid-June.

Nations set their own rules for sealing borders

The EU is not yet giving any clues about the future of the external borders. Instead of talking about the end of internal border controls.

Members do not have to comply with a recommendation to extend the ban again. If they don’t, it seems to weaken the EU’s cause. â€œA temporary travel restriction could only be effective if it were implemented by the Schengen States at all levels, the original plan says.

So far, countries have acted in unison on closing borders. Continuing to do so after June 15 would appear to contradict current measures to attract international tourists.

Still, it’s not easy being a post-Covid traveler, knowing when travel bans in the United States and Europe will end and travel planning can begin.

Here again, Germany, France, Switzerland, Austria, Belgium and others set June 15 as a magical date to allow only Europeans from the start. This suggests that they are at least waiting to hear from the EU before going any further.

EU welcomes tourists from July 1, what you need to know