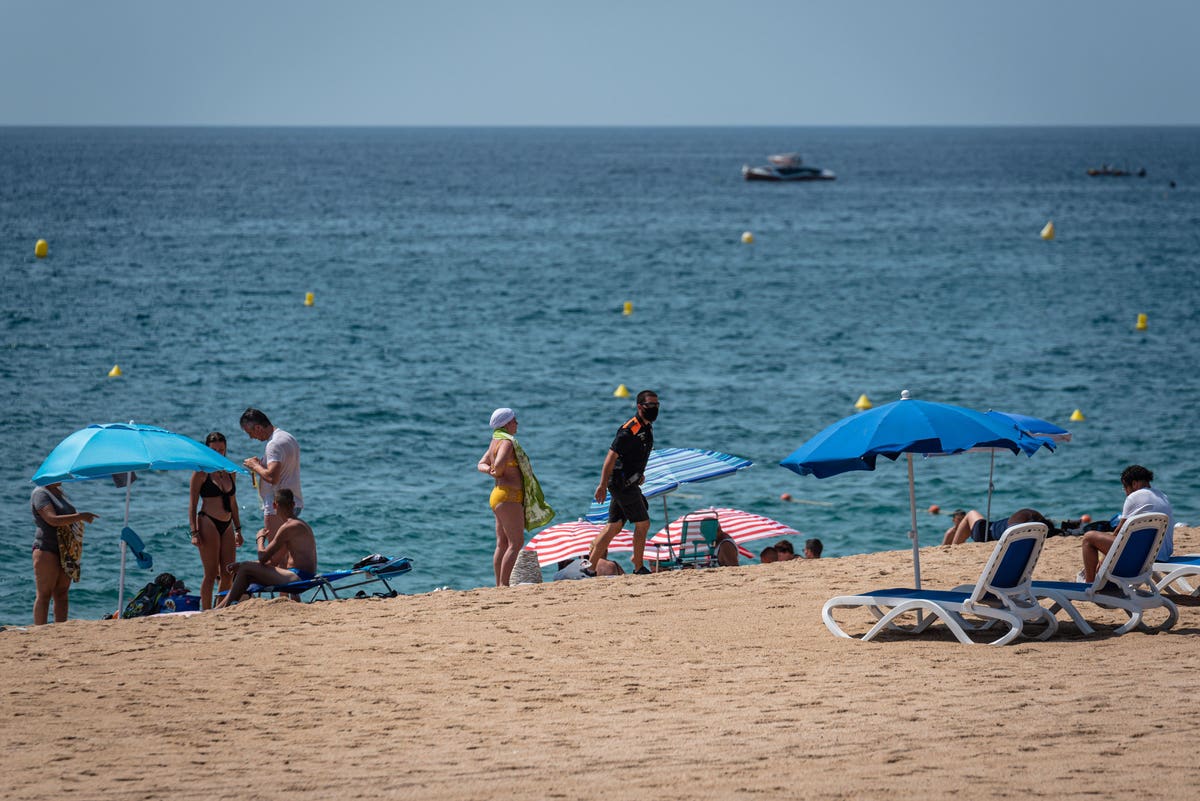 Warnings of a “new wave of coronavirus in Europe, which currently fill the European media, are not only catastrophic for the tourism industry, a backlash against governments reopening their borders and economies and dangerous for travelers anxious to escape months of lockdown, but a frightening sign that a second lockdown might be inevitable at least for some areas.

The situation, changing from day to day and country by country makes it hard to predict what’s to come. The most recent scientific discussions raise the idea that the dreaded ‘second wave’ may not exist at all and that the continent and the world are instead experiencing ‘a big wave’.

In the absence of signs of seasonal variations, as with common influenza and other corona viruses, the World Health Organization (WHO) has warned that the initial coronavirus pandemic is simply continuing – and accelerating.

Faced with a resurgence or “seasonal return” of the disease, the WHO recommends not thinking about the seasons but rather pursuing measures to slow transmission which appears to be accelerated by mass gatherings, according to the door. -says Margaret Harris.

“What we all need to understand is that this is a new virus, and even though it is a respiratory virus and although respiratory viruses in the past tended to doing these different seasonal waves, this one behaves differently, â€she said. warned.

Tell-tale examples are the United States and Brazil, each with different seasons but among the countries most affected by the contagion.

â€œIt’s going to be a big wave,â€ said Harris. “It’s going to go up and down a bit. The best thing you can do is flatten it and turn it into a simple splash at your feet.

The WHO had warned that countries would face an “immediate second peak” if they continued to hastily drop lockdown measures.

The end of travel bridges?

Governments across Europe as well as health officials from the WHO and the European Union closely monitoring spikes in case numbers unveil new travel restrictions literally every day, adding to the list of countries marked “Red” and virtually ending travel arrangements known as “airlifts” agreed between countries deemed to have the virus under control, to allow their travelers to come and return without quarantine.

14-day quarantines are being re-imposed on tourists returning from countries with severe relapses, including Spain and Belgium, as governments are closely monitoring other countries like Luxembourg and Croatia, where contagion has increased.

The Netherlands, France, Great Britain, Germany and Belgium have advised their citizens against traveling to Spanish Catalonia due to the high number of coronavirus cases in recent weeks.

Germany, which is doing better than many of its neighbors, has seen an increase in new cases. The head of the country The disease prevention agency accused residents of failing to follow guidelines and taking necessary precautions, while the Foreign Ministry advised people not to travel to hard-hit areas of Spain that are struggling with new epidemics, notably Aragon, Catalonia and Navarre.

Airports across the country are now offering coronavirus tests to travelers.

The United Kingdom has also warned against non-essential travel to Spain, including the Canary and Balearic Islands, and imposes a quarantine on returning tourists, while considering adding countries to its red list.

Spain, meanwhile, which has recorded 280,610 cases of the virus and 28,436 deaths, imposed new controls in the most affected areas, limiting gatherings inside and outside restaurants and cafes, and even in home, up to 10 people.

In Madrid, bars and nightclubs – which have been the source of many new infections – must now close at 1.30 a.m., while customers must show their ID number before entering in order to facilitate tracing to term. The regional government is asking the central government to administer PCR tests to people arriving at Madrid Barajas airport.

In Belgium, where the rate of Covid-19 nearly tripled this month from 5.3 to 15.1 per 100,000 people and the number of cases rose from 615 to 1,751, the government has also tightened restrictions such as the number of people allowed to meet, social distancing and mandatory use of masks.

In France, officials warning citizens to be vigilant worry about the risks of a “second wave” but do not propose similar measures.

According to figures released earlier this week, the number of cases fell by nearly half of the 1,000 recorded last Thursday and Friday. France has seen nearly 5,000 cases per day at the height of the pandemic.

United States, or more than 4.3 million people have been infected, continue to reside among countries on the EU’s red list and have crossed the threshold of 150,000 confirmed deaths from Covid-19, the highest number of deaths in the world.

The State Department advises Americans â€œto avoid all international travel due to the global impact of COVID-19. In countries where commercial travel options remain available, U.S. citizens should arrange for their immediate return to the United States, unless they are prepared to stay abroad indefinitely.

The prevailing fear: citizens bring the virus with them from their summer vacation.

On the other hand, spokespersons from the travel and tourism industry have lobbied governments to find new ways to run tests to save industries and allow people to travel safely. .

“We have to find a way to reopen the ‘red countries’,” said John Holland-Kaye, managing director of Heathrow Airport. The telegraph. â€œTesting is the only viable way to do it in the absence of a vaccine. Many Red List countries have millions of people who do not have the disease and cannot travel. This slows down economic recovery.

The virus, here to stay

The consensus among scientists is that the virus is widespread among the world’s population and has so far spread to 188 countries. What we are seeing are “essentially localized peaks or a localized return of a large number of cases,” according to Linda Bauld, professor of public health at the University of Edinburgh, in The Guardian.

From a WHO global perspective, the pandemic is a unique, significant and continuing to accelerate epidemic, with the global number doubling in the past six weeks.

The United States, for example, does not typically experience a second wave, according to this analysis, because the first wave never really stopped. “The virus is simply spreading to new populations or reappearing in places that let down too soon”, The Guardian reports. â€œWHO is looking at the global numbers and they continue to rise. So, as a pandemic, we are in the first wave. “

Globally, more than 16 million cases of Covid-19 have been reported since January, and more than 650,000 deaths.